How To Make Coca-Cola Cupcakes

This is an awesome coca cola cupcake recipe. A friend gave me this cupcake recipe, and I fell in love with it. It makes moist delicious cupcakes that will please almost any chocolate lover.

Coca Cola cupcakes are wonderful desserts for a grownup party. Just place a single cupcake on a plate and garnish with mint and maybe some chocolate covered pretzels.

CHECK THE VIDEO BELOW 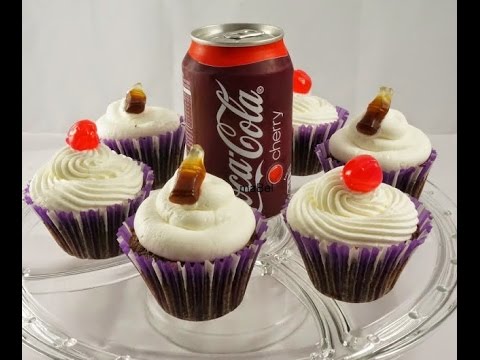 In a small saucepan mix cola, butter, vegetable oil and cocoa. Bring to a boil, remove from heat, and add marshmallows. Place lid on saucepan and leave until marshmallows begin to melt. Stir well.

Combine Part One and Part Two in the mixing bowl. Spoon cupcake batter into cupcake pan liners until they are 1/2 to 2/3 full.

Bake at 325 degrees for approximately 20 minutes or until toothpick inserted in center comes out clean.

How To Make A Rose Cupcake Bouquet